Japanese Scripture Tattoo – Opening Line of The Tale of The Heike

The most famous Japanese scripture for tattoo

The following scripture talks about the impermanence and fragility of all things using the downfall of the most powerful Samurai clan at the time,

The Jetavana Temple bells ring the passing of all things. Twinned sala trees, white in full flower, declare the great man’s certain fall. The arrogant do not long endure: They are like a dream one night in spring. The bold and brave perish in the end: They are as dust before the wind.

The sound of the Gion Shōja bells echoes the impermanence of all things; the color of the sāla flowers reveals the truth that the prosperous must decline. The proud do not endure, they are like a dream on a spring night; the mighty fall at last, they are as dust before the wind

The tale of Heike (平家物語:Heike Monogatari) is a war chronicle as well as an epic account compiled before 1330 depicting the fights between the Taira clan and Minamoto clan over the power to control the entire Japan at the end of the 12th century in the Genpei War (1180–1185) The main theme of the story is the Buddhist law of impermanence （諸行無常）

After defeating the Minamoto Clan who had had the support from the Japanese imperial family in 1161, the Taira clan prospered and got so arrogant to the point where they even advocated that ‘If you are not one of us(not a Taira member), you are not a human’. That arrogance and vainglory led to the destruction of Taira clan in the end, defeated by the revitalised Minamoto clan.

The fact that their glory lasted only 20 years symbolise the theme of the story, Impermanence.

Yoshitsune（義経）, a genius military commander from the Minamoto clan who won numerous battles against the Taira clan eventually got betrayed by his older brother, Yoritomo （頼朝）and fled to Hiraizumi for protection. Hiraizumi was the seat of the Northern branch of the Fujiwara family, another big clan who stayed neutral during the Genpei war,  and thus flourishing with their own culture and political system.

However, because of protecting Yoshitsune, the Fujiwara clan too got destroyed by the Minamoto clan in the end.

Summer grass, all the warriors are, but the remains of dreams

If you are interested in visiting Japan for holiday, then learning its history will definitely make your trip more enjoyable, especially visiting Historical sites. The Tale of Heike is available in English and I highly recommend this masterpiece regardless of visiting Japan or not.

➡️ The Tale of the Heike

It is said that the current Japanese flag (a red circle on a white background) has been inherited from the Minamoto clan’s flag.

They used this design because their enemy’s (the Taira clan) flag had the same design but in a different colour (a white circle on a red background). Red colour being sacred (as you can see the colour is commonly used on the shrine gate, torii) is the symbol of the imperial court. The Taira clan used this colour as their background claiming that they are a government army.

Above is the folding screen picture depicting the famous episode during the Genpei war where Yoichi Nasuno who fought alongside with the Minamoto clan shooting off a fan in the distance.  This is because the Taira clan placed a fan atop on one of their ships and dared the Minamoto clans to shoot it off. As you can see, the design of the fan is a white circle on a red background. 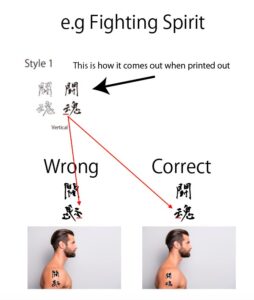 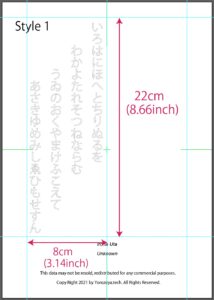 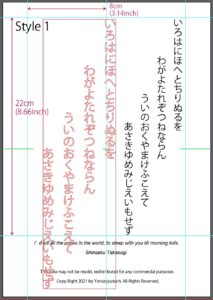 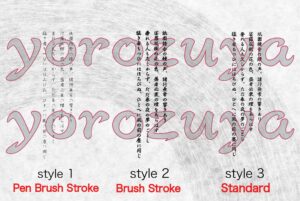