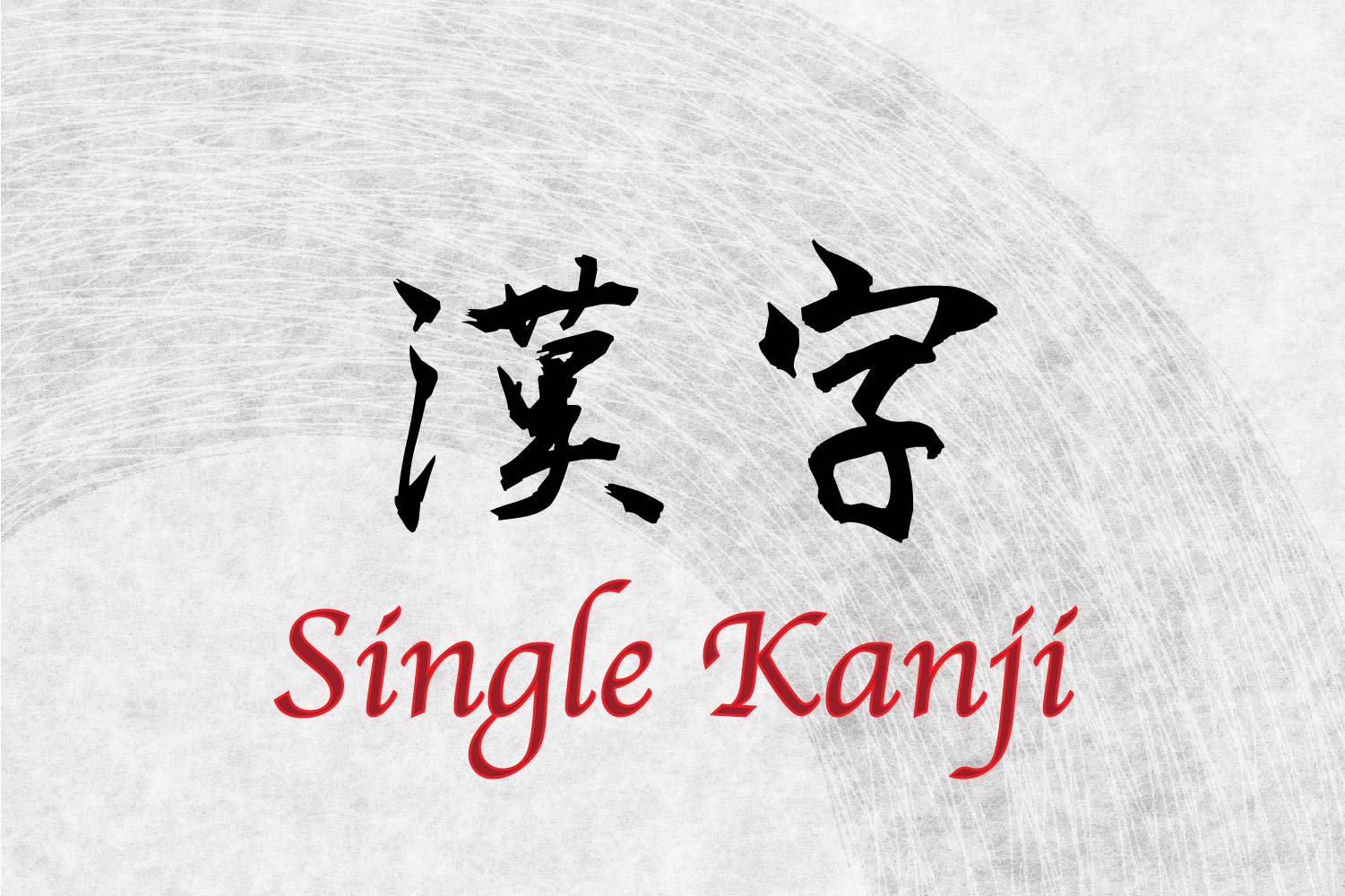 In this post, I, a native Japanese speaker, am going to share 10 Kanji symbols that are cool and have positive meanings. 3 Kanji symbols for men, another 3 kanji for women and the rest of the 4 symbols are for unisex.

They are all available for instant download on this online store, created and verified by a native Japanese speaker. 100% accurate and your favourite tattoo artist does not need to know any Japanese.

Here are the 3 Kanji symbols that are cool for men 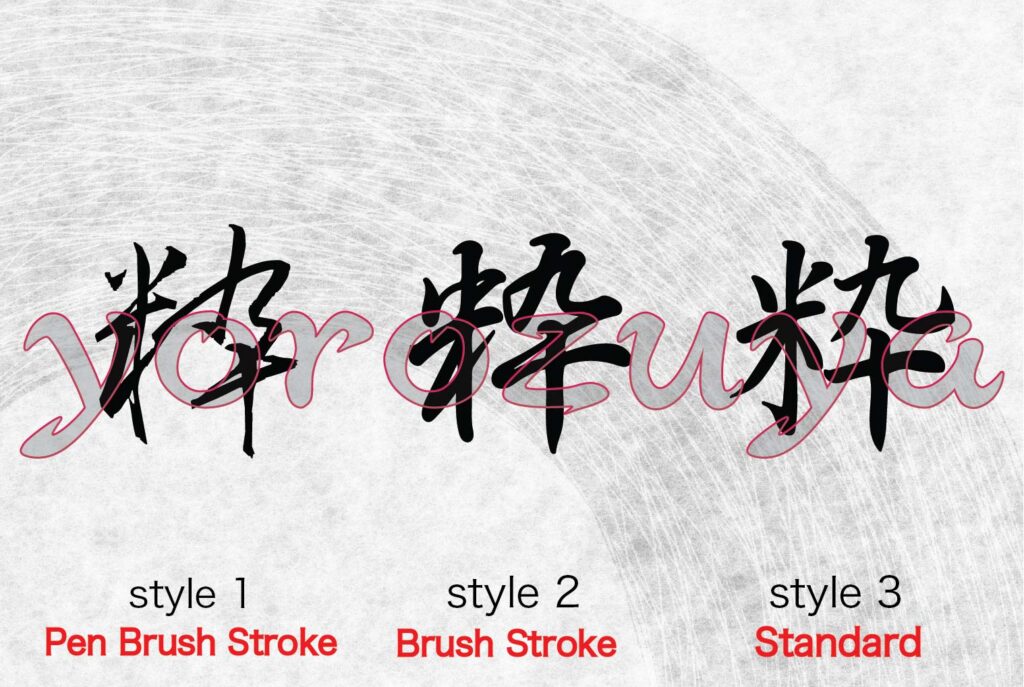 This Kanji symbols represents: chic, sophistication, mature, experienced, playboy, sexy, smart.(Yes, all of it) This is a Japanese aesthetical concept thought to have originated amongst the merchant classes of Edo (what is now Tokyo) during the Edo period(1603 – 1867). The Kanji is often used to describe a man or his aforementioned behaviours, usually for those who do not show off or brag about his achievements or status but people can tell from his behaviours. 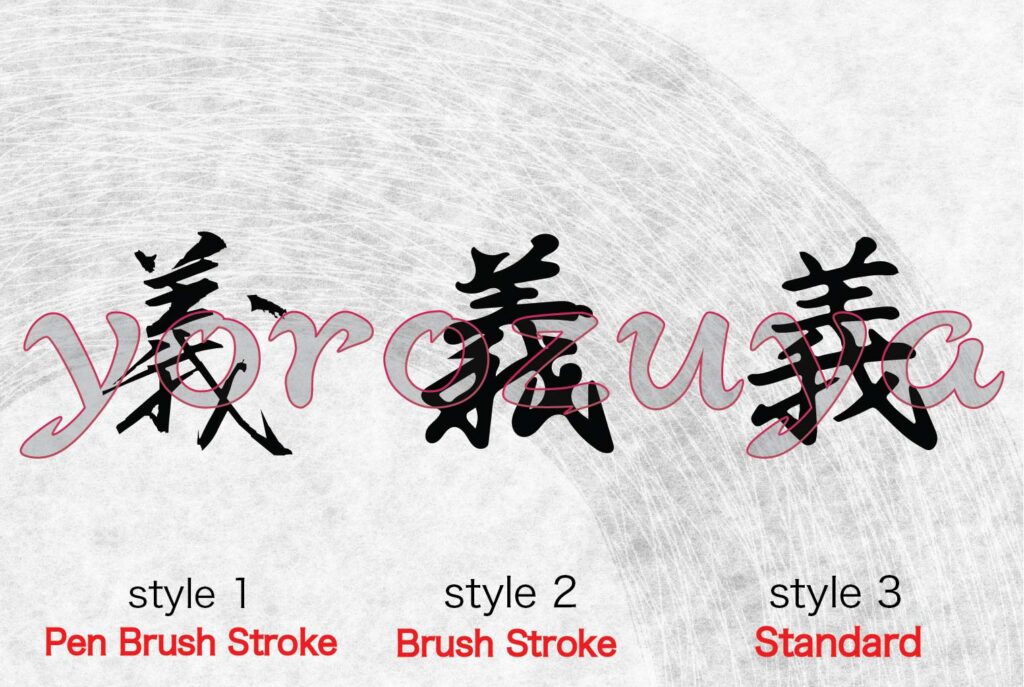 This Kanji symbolises righteous/rectitude. It is actually one of the 7 virtues/codes of Bushido. (The way of Samurai) For Samurai, ‘Righteous’ means: 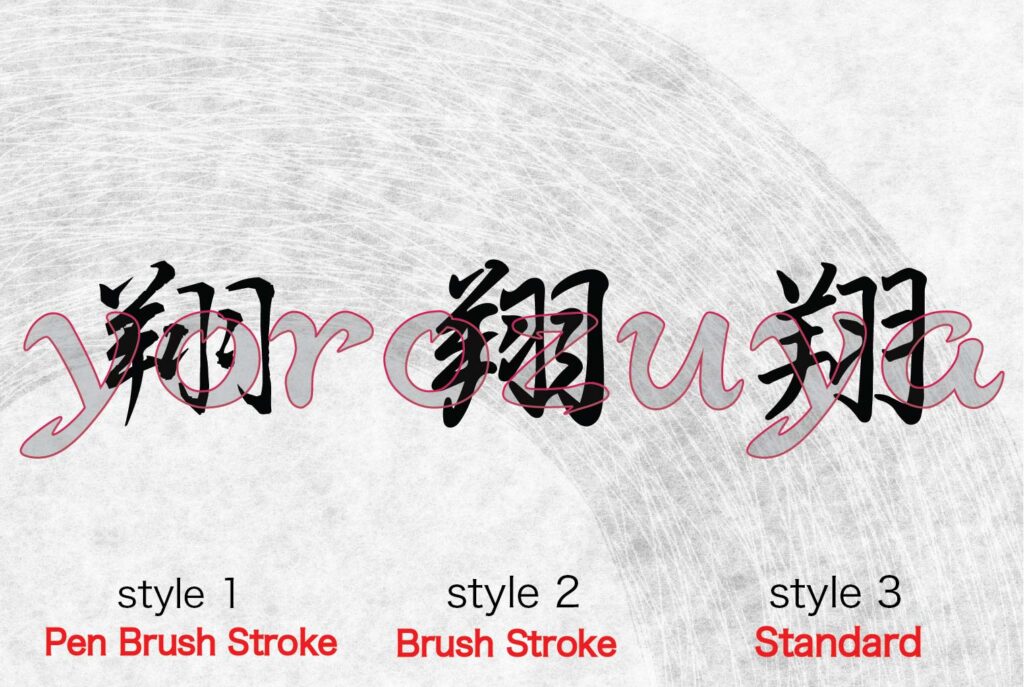 This Kanji represent ‘To fly high’ or ‘to soar’. Although this kanji is cool by itself, it is often used for mens’ names combined with other Kanji symbols, wishing that he would be a high achiever.

Here are the 3 Kanji symbols that are cool for women 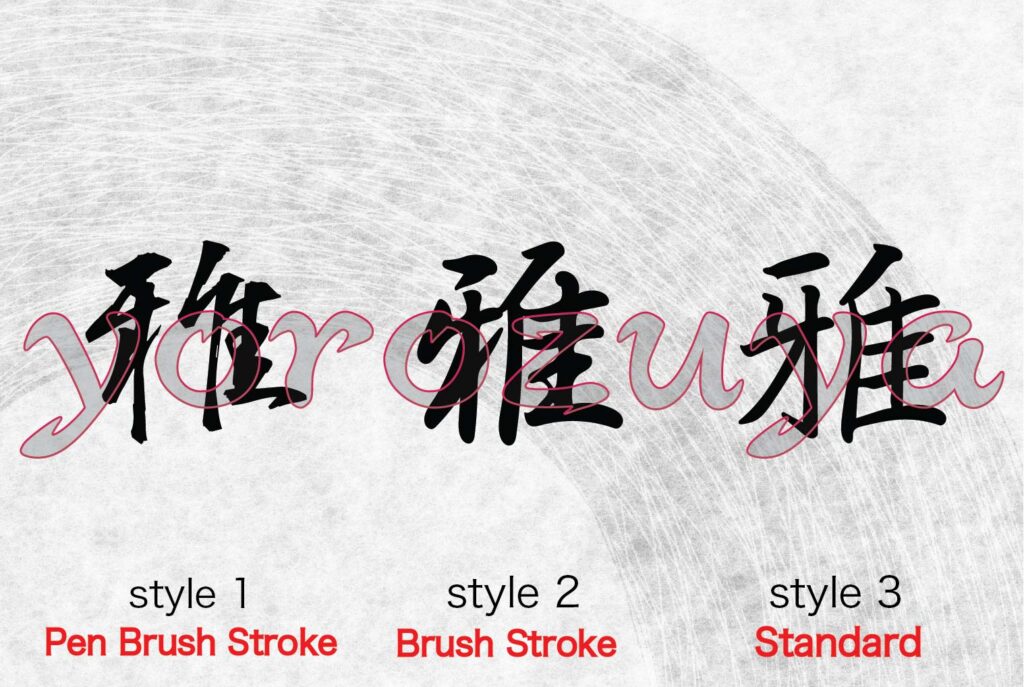 This Kanji symbolises: graceful, elegant, upper-class, of aristocracy. The Kanji itself represents one of the traditional Japanese aesthetic ideals called ‘Miyabi’.

The ideal posed by the word demanded the elimination of anything that was absurd or vulgar and the “polishing of manners, diction, and feelings to eliminate all roughness and crudity so as to achieve the highest grace.” 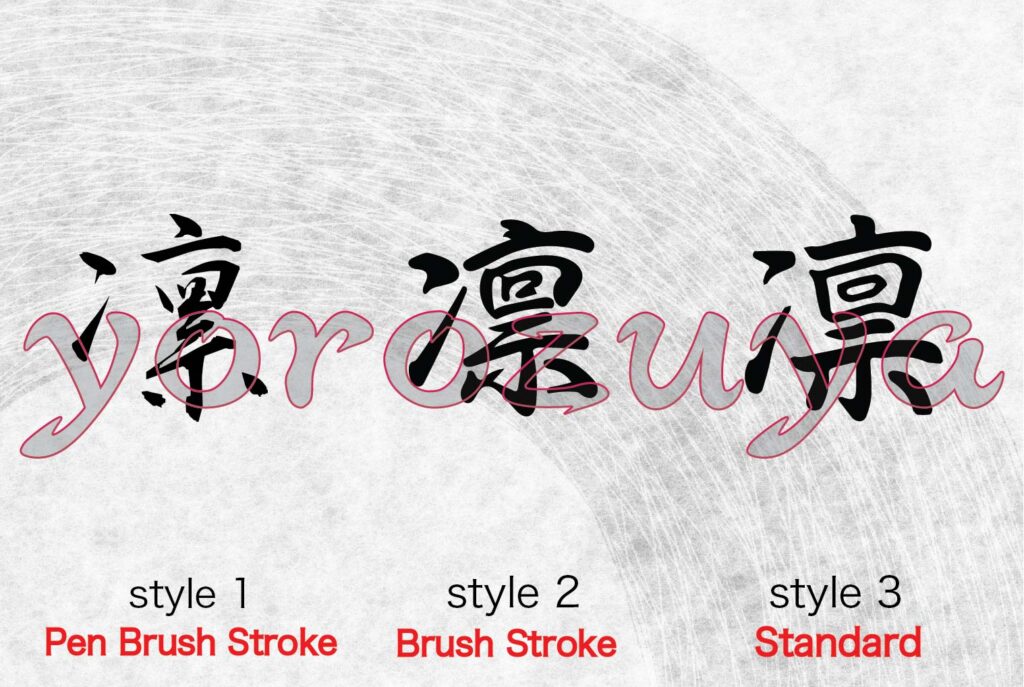 This Kanji means dignified and is often used to describe strong women. It can also be used for men, not with this Kanji by itself but combined with other Kanji symbols. This Kanji represents: beauty, gorgeous, pretty, flower, splendour, luster. This kanji is often used for girls’ names with other Kanji symbols, wishing her a beautiful life to come.

Kanji Tattoo symbols for unisex (regardless of gender)

Now, here are the 4 Kanji symbols for both men and women. 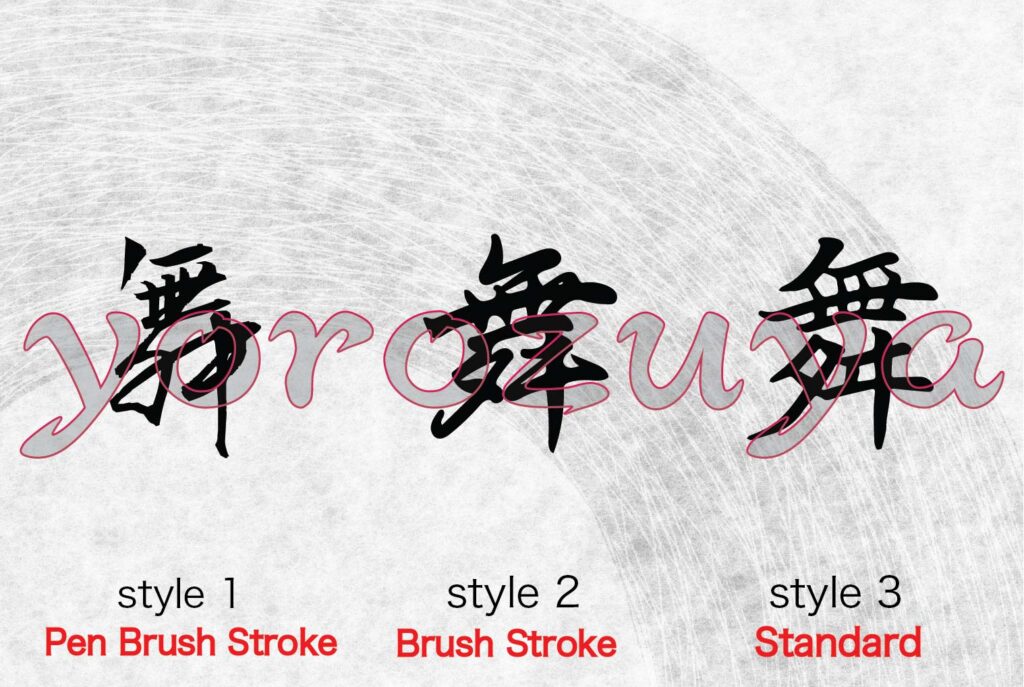 This Kanji symbol is related to dancing, joy and entertainment like theatre, opera. The Kanji is actually the same as the one used in Maiko (舞妓), an apprentice Geisha. 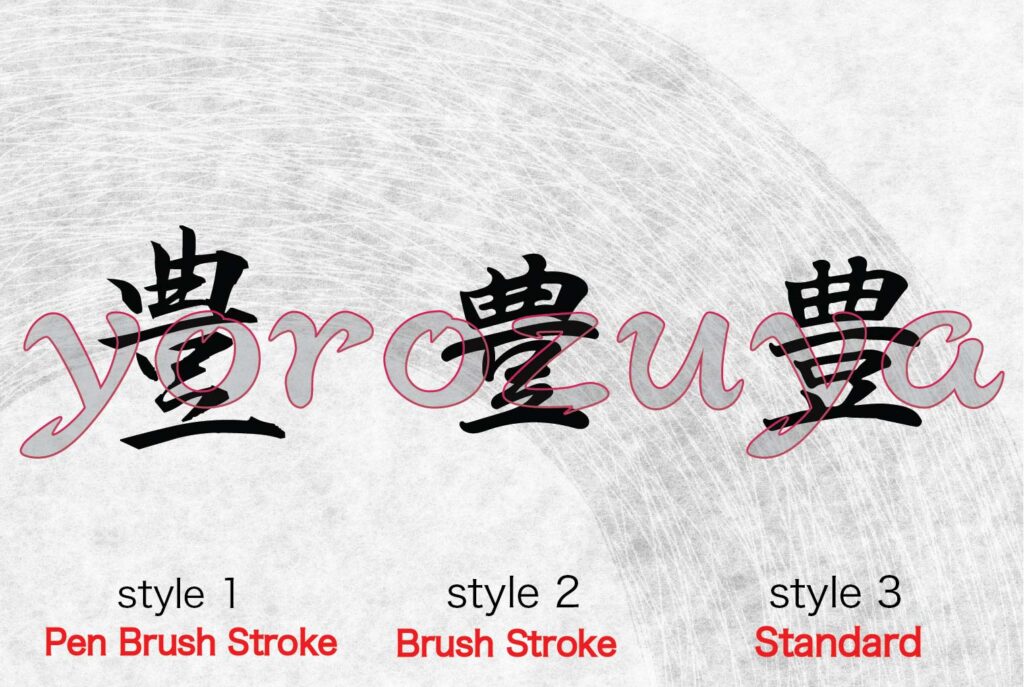 This Kanji means wealth, abundant and emotional leeway. However, the kanji is not just about being wealthy(rich), it’s focused more on one’s emotional leeway. Therefore this kanji is also used to describe someone tolerant, merciful and lenient. 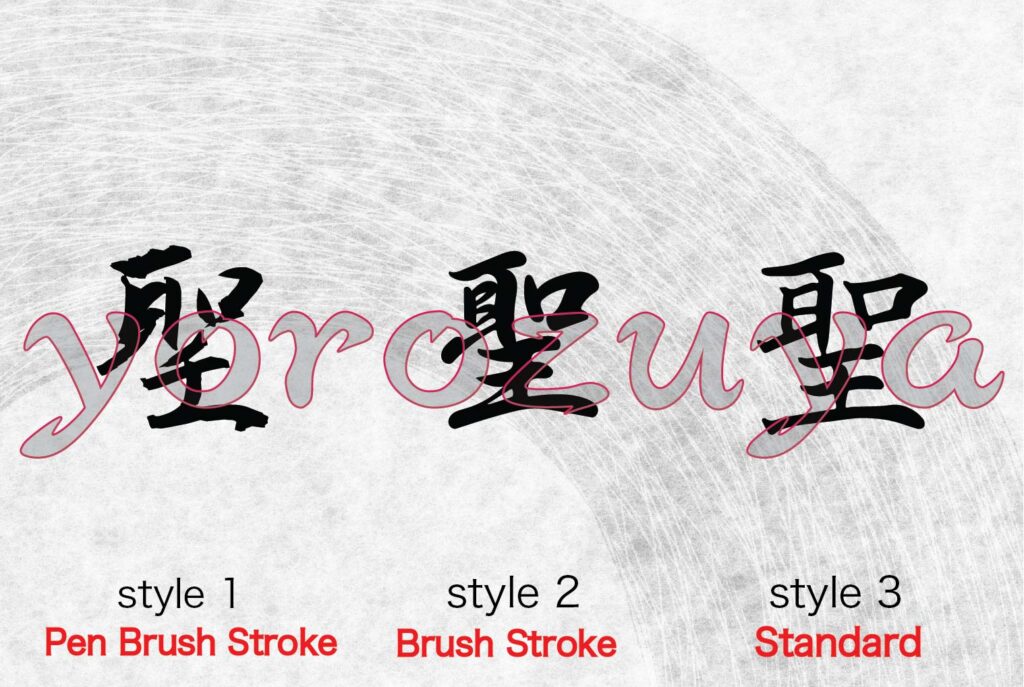 This Kanji represents: holy and sacred. This symbol is actually made by 3 different symbols put together and they are:

The kanji was developed to describe someone close to the god and receives messages, who must be a man of principle. 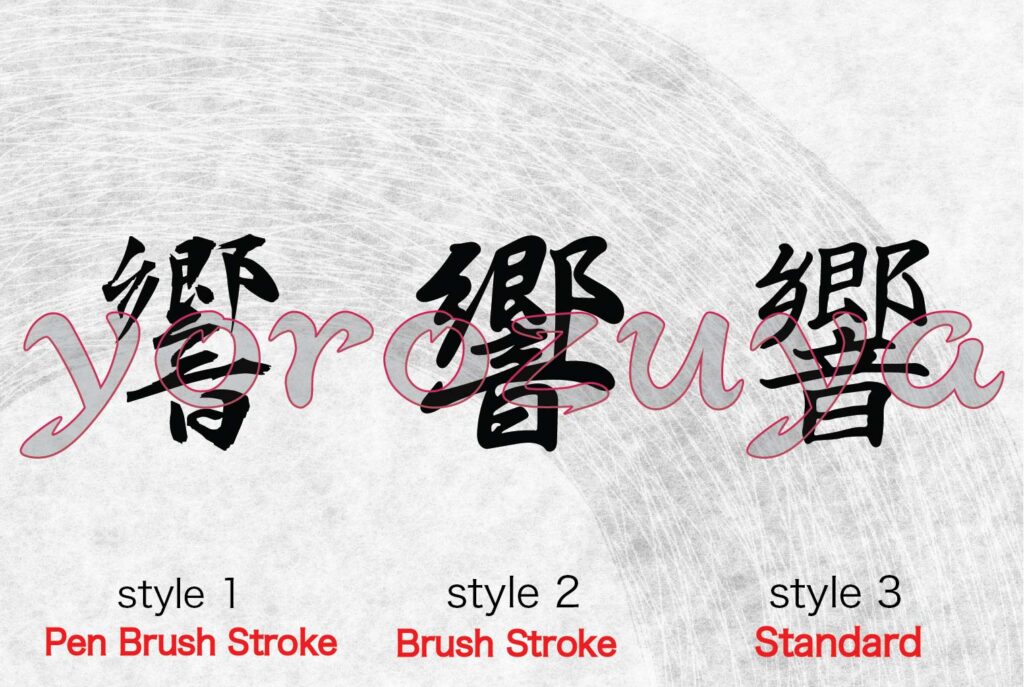 These are all single Kanji and suitable for someone looking for simple 1 word tattoo. There are more 1 kanji tattoos available and you can check more of these here

In Japanese, there’s a idiom called yojijukugo, which means 4 character idiom and they consist of 4 Kanji symbols. They are often used in calligraphy and people write them down on a paper to express their value, ambitions, mottos, resolutions. One example is ‘Never give up’ in Yojijukugo 初志貫徹. Since they are made up of 4 symbols, they can be used for knuckle tattoo as well. 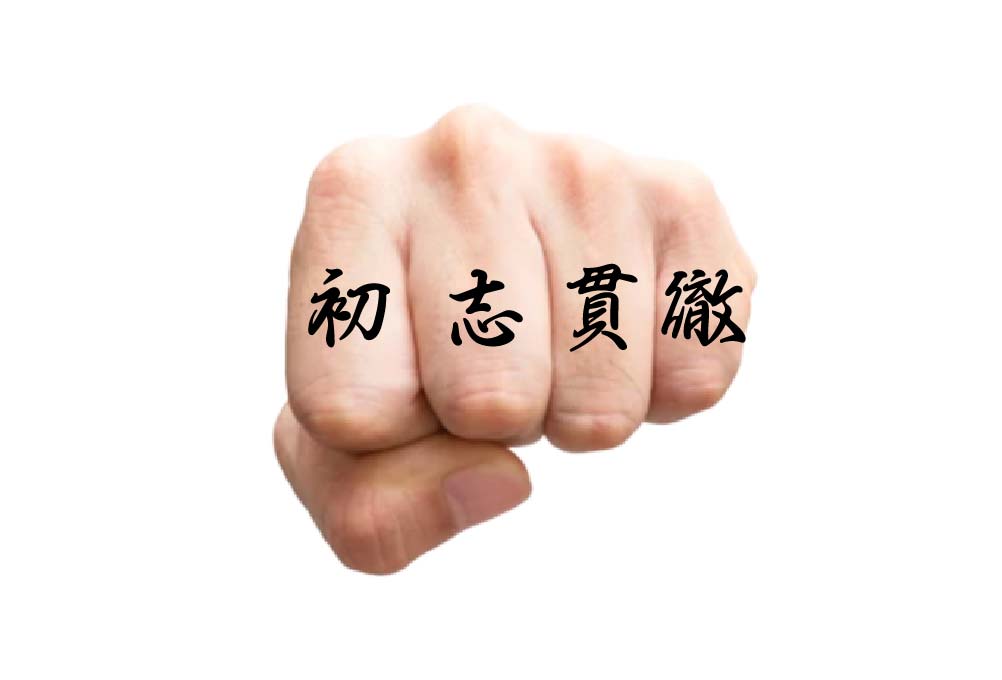